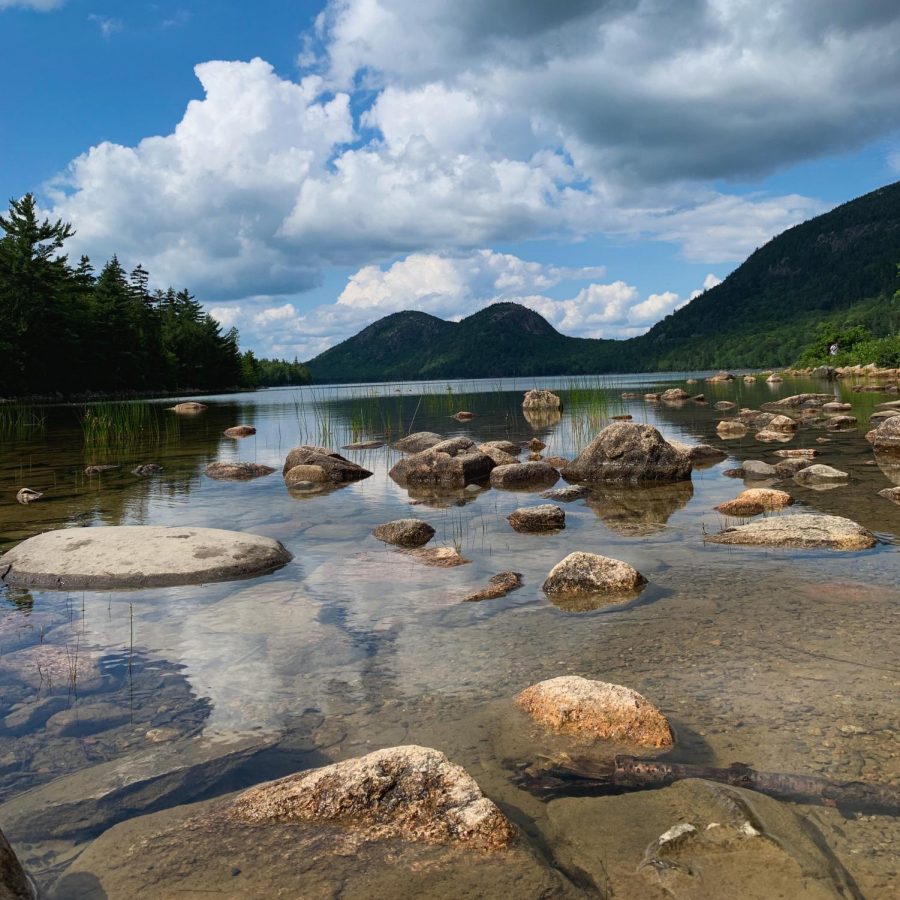 “Everybody ready back there?” Uncle Barney shouted over the roar of the speed boat motor.

“Ready when you are!” My cousin shouted, lying prone on a floating raft tethered to the rear of the boat. At that, my uncle pulled the boat away from the dock, speeding away onto the lake, two rafts packed full of laughing kids in tow. I sighed after seeing them off on their excursion, slumping down on a bench with my head hung low.

“Can I please go on next time, Mom?” I pleaded, looking toward my mom who was chatting with my cousins’ mothers.

“You know what the doctor said, you’re not allowed to do anything like that for another week,” She said.

I sighed as the floating deck began to rock to the wake of the speed boat. I got up and walked into my uncle’s boat house, hoping to find something to drink. Why did I think that was a good idea? I thought, pushing back the all too recent memories of waking up at the bottom of the hill beside my skateboard, covered head to toe in road rash. Some way to ruin the first week of summer.

The inside of the boat house was cool and dark, with an old blue motor boat docked. The building had old fishing rods lining the walls, row boats hoisted up among the rafters, and several buck heads mounted to the wall. The place might as well have been a museum.

I pulled a gatorade out of the mini refrigerator as my Uncle William walked in, wearing his fishing vest and bucket hat, tackle box in hand. He stepped down into the motor boat and looked over to me for a moment.

“How’d you like to come fish for largemouth on the far side of the lake with me? I’m getting ready to go in a few minutes,” he asked, setting down his tackle box and taking a seat beside the motor. I thought for a moment. I hadn’t had a chance to fish much except off the dock, and I’d been hoping to catch more fish than I had last year’s trip. Besides, what was there to do anyway?

“Alright,” I said. I grabbed my rod and fishing bag from the doorway and set them down in the boat, taking a seat at the bow, while Uncle William started the motor. When the motor finally began to rumble we slowly drifted out of the building and onto the lake.

“Good luck!” someone from the dock called and my uncle waved back. Once away from the dock the boat sped up, taking us around the edge of the lake to the other, quieter side, where boats weren’t allowed to create wakes and disturb the fish. My uncle rounded a bend in the lake and steered us towards the outlet of a stream where tall grass poked through the surface of the water, and old submerged fallen trees made the homes for the fish we were hoping to catch. He cut the engine just above the stream, leaving only a gentle breeze to push us past it.

My uncle began rooting through his tackle box to find the right lure while I sat staring off into the bottom of the boat. It was only when I heard the yelps and laughs from the other kids echoing across the lake that I took up my fishing pole and cast towards the bank.

We fished in silence for a while, each testing different spots along the edge hoping to get a bite. It was a while before I felt a tug at the end of my line.

“I think I just got bit,” I murmured.

“Did you really?” my uncle asked, stopping his reel and looking to where my line entered the water. The tip of my pole dipped down as I felt another tug on my line and yanked my rod backwards, trying to set the hook in the fish’s mouth. As I did this, I felt a vicious pull on my rod, and the line darted through the water away from the boat. My uncle quickly reeled in his line and scrambled to find the net. I heaved on the reel with fierce determination as the fish battled against me. Slowly, I pulled it closer to the boat, and we began to see the light green shine of the fish below the surface of the water racing through the water. As the fish neared the boat, my uncle kneeled besides the edge with the net, ready to scoop it up to prevent it from jumping free of the hook. The fight continued for a few more moments before the net closed in, and my uncle brought it up into the boat.

“Aw, man!” my uncle yelled. “That’s a big bass!” He held the net up to me so I could get a good look at it. This fish was huge! I reached in to try to grab hold of the wiggling fish. Holding it by the jaw, I hoisted it into the air to get a better look. This was easily the biggest fish I had ever caught, likely nearing a foot and a quarter in length. I was ecstatic! “Hold it up so I can get a picture,” he said.

I held the fish up for a picture, grinning ear to ear. After letting the bass back into the water, we continued fishing for hours, each of us pulling in more fish all along the bank of the lake. Finally, as the sun began to near the tips of the tree line, we pulled in our bait and made our way to the other side of the lake. As the boat soared across the water, I leaned back on the bench watching the orange glow of the sky, no longer so disappointed in missing out on the speedboat.