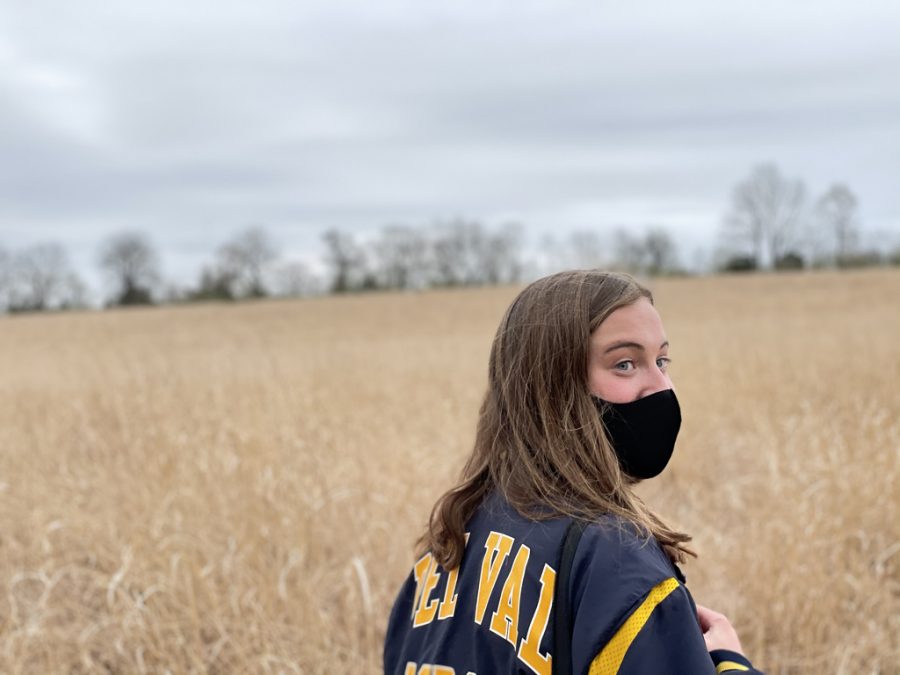 by Derek Matarazzo, Class of 2021, Poetry

Garbed in black, her mother is dead

A wolf had killed her, gobbled her up

So Red set out, to go find the pup

She passed through the forest, the flowers and berries

As once as a girl, they made her merry

The berries were red, like the blood in her veins

But no number of berries, would dull the pain

For the berries were poisonous, and muddled the senses

A perfect bait, to capture her nemesis

So she gathered them up, along with some wine

And laid out a trap, for the wolf to come dine

But no wolf came, only deer and a rabbit

Red was patient, but she’d about had it

She stomped down the berries, and smashed in the wine

And set out with the bottle, a knife, and some twine

She tracked through the forest, the wolf’s clues left behind

Its footprints and ripped fur, a trail oh so fine

So Red tracked and traced, and raced through the forest

And came face to face, with a bear so boorish

It stampeded at Red, froth at the mouth

But Red was fast, nimble as a mouse

She fought with the bear, hand to hand, tooth and claw

She stabbed with the bottle, forced the beast to a draw

Until the bear tripped, its paws were too large

And crashed into the trees, like a moving ship or a barge

Red finished him off, a merciful end

She prayed for its peace, and to heaven ascend

She found a trail, filled with thorns and mud

Red trekked through the trail, getting torn, getting tattered

Till she found the wolf, even more battered

It was wounded and worn, it wouldn’t survive

But a small bark came, from behind Little Red

A brave little pup, soon to be dead

It was small and weak, and extremely hungry

But it didn’t want Red, just her to leave in a hurry

For it knew of the grudge, between Red and its mother

And would not allow her, to die like its brother

This was conveyed, to Red in his eyes

And Little Red stopped, and dropped down and cried

She cried for her mother, and for the pup too

But she resolved herself, to do what she had to do

She raised the knife, above the beast’s head

But the little pup’s whimper, filled her with dread

Would she take away its mother, just like her’s, the beast?

She couldn’t, she wouldn’t, for the dead stay deceased

She looked at the pup, then back at the mom

It huffed and it puffed, as weak as a fawn

Red decided to help her, the mother she couldn’t

And healed the wolf’s wounds, though she found it impudent

An unwise decision, to help a killer

Until the pup barked, and had run thither

He nuzzled his mom, then looked at Red

And let out a yip, for his mother wasn’t dead

The wolf raised its head, its wounds had been bandaged

No blood on its maw, on the grin that it managed

And just like the pup, it met with Red’s gaze

And conveyed the truth, about the past days

The wolf was not the culprit, of the late Miss Hood’s death

A bear was the criminal, that forced her to rest

And then Red realized, her revenge had been done

She had killed the bear, but felt nothing, just none

Her rage and sadness, could not be contained

And she cried with the wolves, until she was drained

But then she got up, with the wolves at her side

And she returned to the bear, and scavenged its hide

She made a new cloak, with the skin of the beast

And went back home, with its meat for a feast

The wolves had stayed, and made Red’s mood good

Now everyone knows the tale, of the wolves and Grizzly Hood