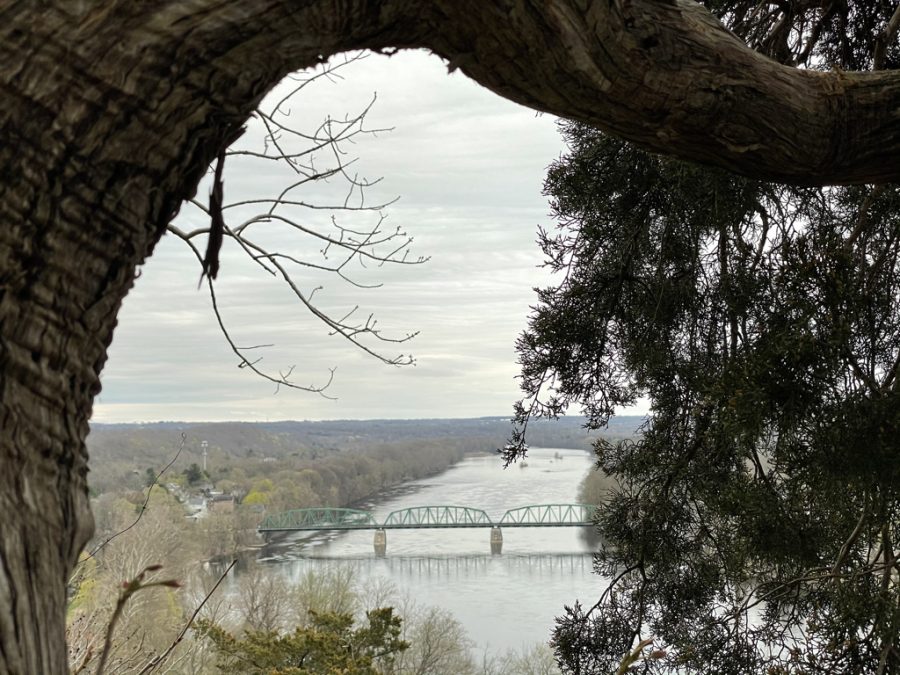 Through the wooded grove, and over a hill which I traveled yonder, I stood upon a gargantuan stone. Without the matte black night masking my view, I’d peer across the crashing waves and into the distant horizon. The lightning helped flash images of water and clouds across my sight, though only for mere seconds. Over the edge of the stone I stood upon awaiting a sheer hundred-foot drop into the cold ocean, I knelt down and lit my wrought iron lantern, encased in glass to protect its bright flame from the unrelenting rain. It sat upon the cold stone as I stood, staring into the darkness beyond. No stars granted me an audience, no sun to bask me in warmth and light, and not one man by my side to aid me. All that was in my possession was a brown leather bag, and in that bag were matches, wicks, wax, oats, and my book.

This book fell into my possession by happenstance. I was begging outside an old bakery one evening, and as I drifted to sleep upon the frigid cobble, a large object landed in my lap. I had grown used to the occasional coin or two, though when I flinched and opened my eyes, an album of knowledge appeared before me. It bid me read it, though I could not. I was not inhibited by willingness, no. Instead, the words, if one could say they were, were indecipherable to me. Scrawls and paintings of oceanic monsters were all that I could make out.

My curiosity forced me forwards, reaching and clawing at any clue as to what this book held. Through the marine images, I inferred it must have something to do with the ocean. So I hiked, and hiked, and hiked. From an inland town, tens-of-miles from any ocean or bay I walked, barefoot, to reach these mysterious lands of nonland, in hopes of discovering hidden knowledge, unknown to any genius of my time, or times past. Even through the darkness of the night and storm, the sight in front of me still stood brighter than the city I was born and raised in. The alleys and homes didn’t allow much light.

So upon the earth I sit, staring, wondering what awaits me. My bag, still strung across my back, grew suddenly heavy, weighing me down. Down and forwards it strived to drag me, drag me over the edge and into the water, a hundred feet below. My entire body seized and I fell, sliding across the stone made slick from the storm. I forced my arms and legs to work in unison, to force myself away from the edge. To my dismay, I found no hand holds on the smooth rock, nothing to grip on to. I could feel my feet lose footing over the sheer cliff, which beneath that watery hell awaited. A few more seconds passed, seconds which felt as long as millennia. After these seconds, my legs did hang over the water, my arms the only part of me still fighting against my dead-weighted bag.

My bag. The book. The water strived to have its prize that I had unconsciously taken hostage. With one arm latched onto the edge of the precipice, I ripped my satchel off of my back and thrust it down towards the water. I pulled myself up upon the rock face, mustering what strength I had left. It was then I noticed that the rain had stopped falling. It did not finish falling, either. It appeared to have stopped in mid-air. The droplets clung to my skin as I brushed past them. Then, a large splash in the water below ordered them to continue, harder, harsher, and more brutal and freezing than before. Thunder and lightning screeched at me as I took up my position, staring over the water. That is when I saw it arise. The beast that called me towards the ocean, dragged me towards the water. Now it made itself known.

Thunder and lightning screeched at me as I took up my position, staring over the water. That is when I saw it arise.”

Through the darkened depths of the vast sea it arose, it’s silhouette bold against the angry night sky. It faced the east, gazing into the expanse, as I stared southward towards it. Gargantuan in stature and monstrous in it’s slick figure, the beast stood sovereign against the crashing tide of the storm. The roaring wind itself seemed to have no effect on the immense cephalopodic monarch, who’s brow bore the sight of hard, skeletal appendages which pierced the air with the vertical angle they protruded at. The behemoth’s eyes stood out against the lightning-lit sky, with pupils so dark you’d imagine them capable of swallowing life on Earth. ‘Neath its beading orbs hung lengthy tentacles, which held seaweed, sea shells, and other messes of biotic garbage that had gathered in its expansive domain. They loosely swung down its body, with the longest extremity barely grazing the water’s surface.

The rest of the monster was fairly humanoid in a sense, the rest of it that was visible above the dark sea. Its arms seemed muscular and strong, with hands on their ends, same as mine own. Though I only counted four fingers on its left hand. Scales covered this horror’s massive fists, bulging arms, and ran down its chest to what I only believed to be its stomach, for the girthy tentacles all but completely obstructed my view.

The water seemed to abandon it’s natural monotony in fear of the beast, for as the giant stood staring into the distance, the tide rolled in any direction but towards it, presumably causing chaos beneath the waves. After what seemed like hours, the titanic, humanoid kraken moved at last, though not in a favorable direction. As I rested idle, seemingly paralyzed once again with a combined sense of awe and gross fear, it turned to me. Its gaze met mine, its ever-dying gaze, so strong and impossibly fierce. The light of the world, the lightning of the storm above swirling with the moon itself, along with my lantern and match, seemed to be absorbed by the beast’s eyes, and as the colossus descended into the watery hell from which it came from, I stayed frozen in place, not moving an inch, and barely breathing.

Time stood still as thoughts flooded my head, barraging my cranium with questions and queries as to what I just witnessed, what had just occurred, and what future knowledge I may unlock through this book. Those hopeful thoughts fled my mind immediately and were replaced by shock and regret. The book now resided with that beast in the ocean, never to be read again. I collapsed, tears wetting my already-soaked skin. The remorse that filled my whole body replicated what I believe to be morbid loss. Having never had anything close to me in life, I cannot determine whether or not it was what I believe it to be. With nothing left in my life but my own hollow rind of a human shell, I decided to pitch myself over the edge of the cliff, and into the oceanic world below, the one which cursed me so.